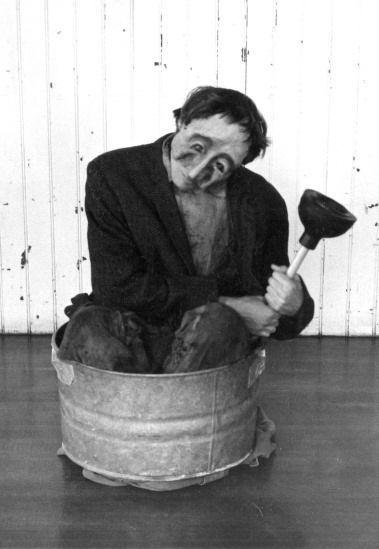 In a career spanning more than five decades, Jonathan Paul Cook has worked as actor, director and/or playwright in fourteen countries and taught theatre in ten.

As he likes to put it, his work has taken him from Vancouver to Viljandi, from Tampere to Tabarka, From San Diego to Slovenia, from New Orleans to both Nykøbing Falster and Nykøbing Mors!

Jonathan Paul Cook was born into an English theatre family in 1946. He performed professionally as a child on stage and television in Canada. He abandoned his studies in psychobiology to study theatre at Goddard College, VT. USA and École Jacques Lecoq, Paris (1968 - 1970).

In the 1970's JPC co-founded the internationally recognised Footsbarn Theatre, Cornwall, UK, now based in France, and the Dell' Arte Players Company, Blue Lake, California. Both companies are still actively touring. He was for several years director of the Dell' Arte International School of Physical Theatre, and Lecturer in Mime at Humboldt State University, California.

1980's until present time: JPC returned to Europe, working widely as freelance director, playwright, performer and teacher, in over a dozen countries. Directing credits include prizewinning productions in Denmark and Slovenia.

In the 1990's he co-founded and directed productions for Bruthalia Teater, Denmark, specializing in expressionistic productions concerning the paradoxical and irresolvable aspects of human nature, with particular focus on the texts of Howard Barker.

In the last six years he has expanded his interests to include directing operas, and has been teaching at the Danish National Academy of Music.

Besides teaching at The Danish School of Performing Arts (DDSKS) since 1984, and the Akademi for Scenekunst, Fredrikstadt, Norway,(2006 - 2012), he has been a judge on both their audition panels.

He was keynote speaker for Third Nordic Conference on Drama and Theatre Pedagogy, Århus (2000). As Chairman of three Sakkyndig Utvalge, he assessed applicants for teaching positions for both Høgskolen i Nord-Trøndelag, (2005, 2012) and Akademi for Scenekunst, Fredrikstadt, Norway (2011).

At DDSKS he teaches theatre within an expanded definition of Jacques Lecoq's pedagogical framework. He works with what has come to be known as the actor's "super text" - the various (and impossible to hide) reasons for an actor to be standing up there on the stage - as the authentic source of stylistic transformation and the key to ensemble play. JPC is more interested in training that which happens between actors rather than inside them, as this is where the expressive stories lie.

JPC is included as an entry in the Danish Encyclopedia of Theatre, Gyldendals (2007). He has been a member of the Danish Stage Directors Union (FDS) since 1990.