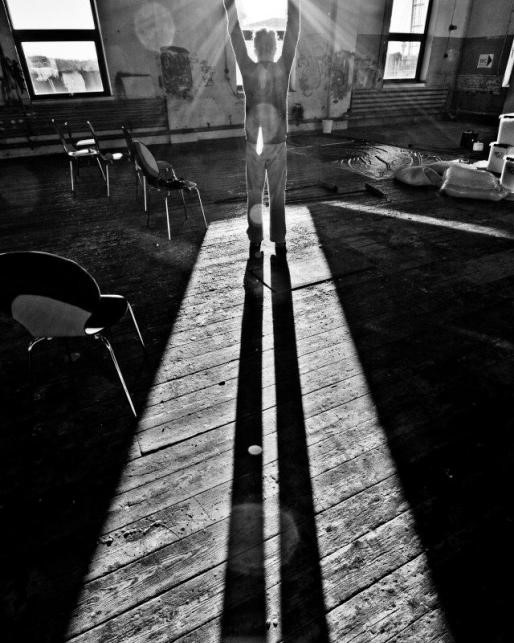 Recently graduated with distinction from the two year MFA program in Movement: Teaching & Directing, at Royal Central School of Speech and Drama, in London.

From 1992 to 1995, educated as a contemporary dancer from what is now known as The Danish National School of Performing Arts. Has since worked as a freelance dancer and performer in dance shows, performances, rock-musicals, touring children's theatre and site specific works, simultaneously choreographing and dancing her own work, which in 2003 earned her the Danish Actors' Union Choreography Grant. Besides working as a dancer, she has also been teaching. From 2005 to 2013 TD founded and was the artistic director of the Danish youth contemporary dance company, "U-kompagniet". Currently (since 2008) is a movement specialist teacher at The Danish National School of Performing Arts, Acting department in Odense.

Tine grew up in Dar-es-salam and from 1975 to 1980 was a student at the International School of Tanganyika. As a ten-year-old she fell in love with ballet but, unable to attend classes, instead took up horseback riding and voltigering (acrobatics on horseback). In 1989 Tine discovered Contemporary Dance and has since developed an extensive movement practice, comprising elements of modern dance, jazz, ballet, Klein, Butoh, Iyengar/Ashtanga/Yin and Vinyasa Yoga, Pilates, bio-energy & tremor, Feldenkrais, and period dancing.