From Body to Text - Course Description for 2018 Workshop on Crete 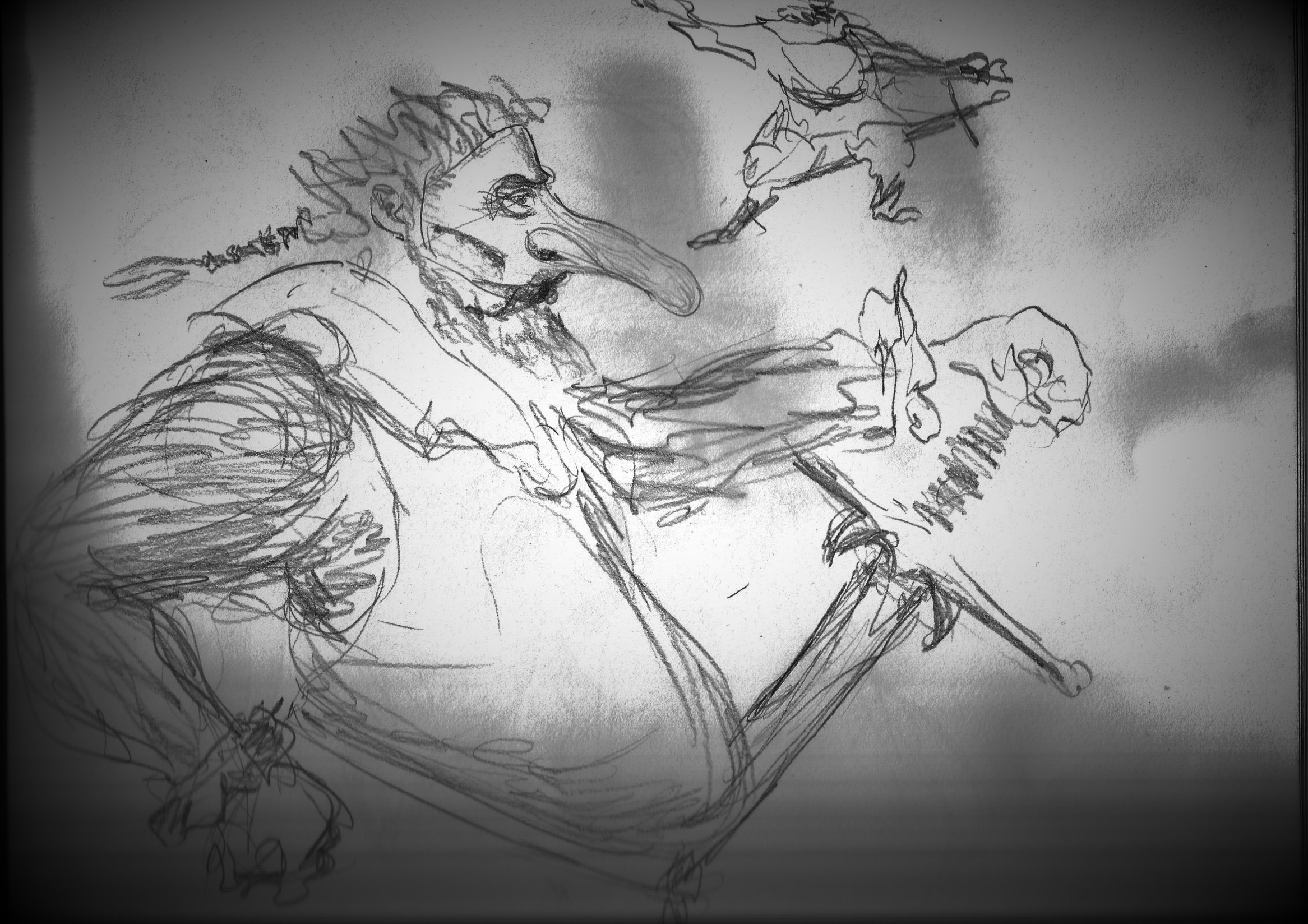 What happens the moment before an actor speaks?

Although we have co-taught several classes in physical comedy (and indeed comedy comes very naturally to both of us as a kind of default mode!), we are now interested in extending our collaboration into other areas touched on by Tine's recently completed MFA studies at Royal Central, and JP's theories of dramatic influence. But don't worry, this is a practical acting course, and we will also work you physically, as hard as the October weather permits!

Although the spirit of the workshop will be light and playful, there are some complex themes and principles we will attempt to elucidate, and technical skills we will train, among them:

Sensorial based movement practices such as yoga, contact improvisation and "guided" movement.
An amalgam of movement and acting methods.
A focussed, heightened level of attention, in support of an active use of the imagination.
Appetite, transparency and availability.
That the spoken word is simply an extension of physicality.
That influence is the raw material of drama.
That influence is scaleable, from personal to social to political to historical.
That influence speaks to the primary sensitivity of an actor, as colour and sound do, respectively, to painters and musicians.
That characters are nodes of influence positioned within dramatic structures.
That narrative is a focussed network of influence.
That influence is a kind of music that fills a dramatic space.
That to listen is an exquisite form of influence.
That the expressive actor dances to the music of influence.

We will send you a monologue and a dialogue to become familiar with before the workshop. During the workshop there will also be opportunity for individual coaching.


Here is a link for a PDF of the flyer describing the October 2018 course.


In summary: The real work of acting takes place just before the spoken word. It involves discovering an embodied necessity to project influence. Or as the great Sam Cooke said: "If it feels good, do it!"

"Never forget that language was invented by illiterates. Probably mimes and dancers.
Could they ever have predicted the result?"